Cocky Eek (b. 1966, Eemnes) has worked with Schweigman& as an artist and designer since 2013. She was jointly responsible for developing the concept and design of Blaas, Curve and Erf. Landing Sites was her first individual project in Schweigman&’s new makers talent development programme.

Entering her three-dimensional installations is less like moving in a space than becoming part of a space which is moving. Her favourite materials are wind and air, with which she creates spatial compositions, flight experiments and voluminous fluid forms. 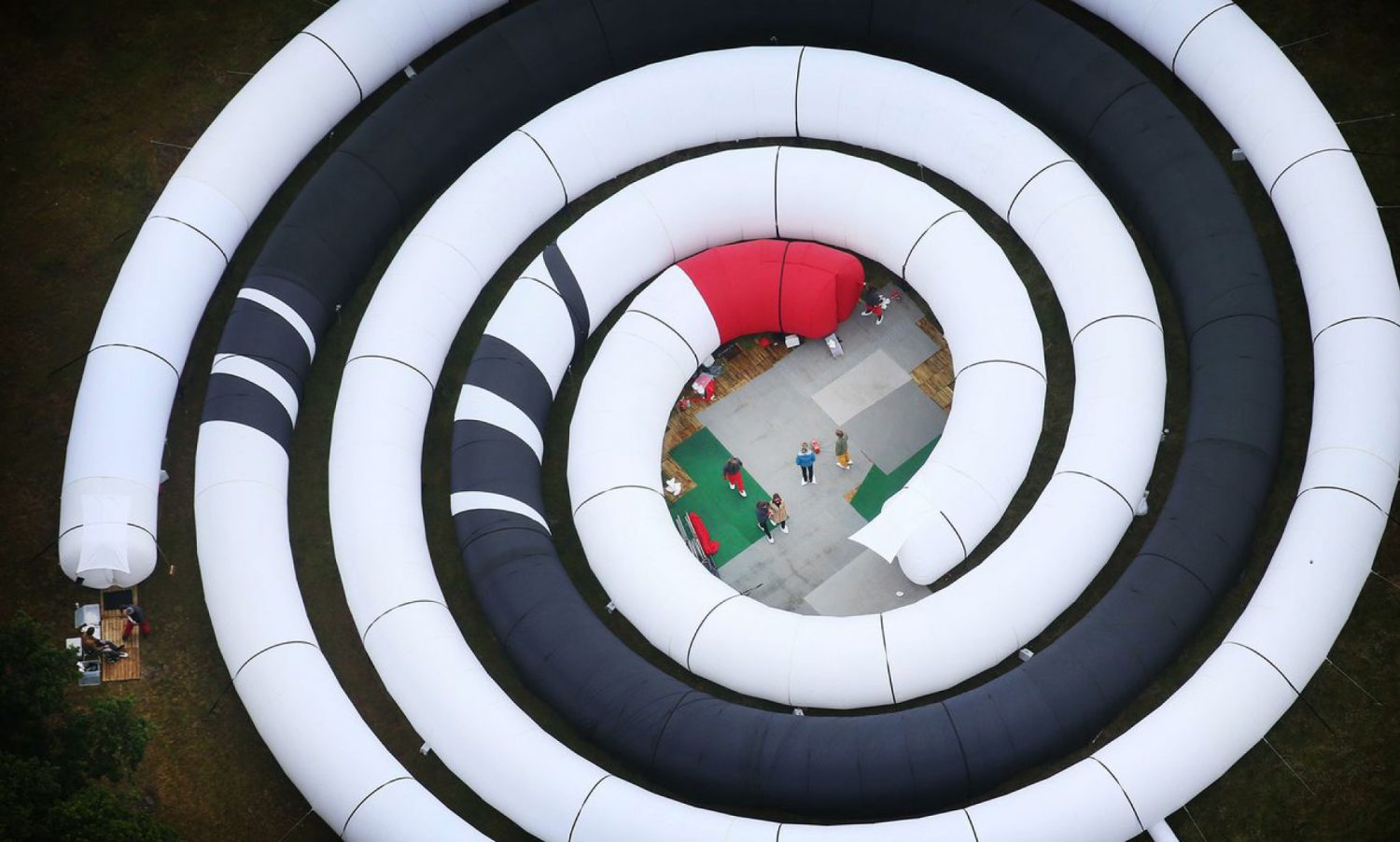 Cocky studied fashion at Hogeschool voor de Kunsten Utrecht, in Paris and in Milan [BA/MA]. Her work has appeared on platforms such as Sonic Acts (NL), Le Lieue Unique (FR), Ars Electronica (AUS), ISEA Albuquerque (USA), Todaysart (NL), AxS Festival (USA) and Oerol Festival (NL). Cocky is a joint founder of FoAM Amsterdam (2005), a lab at the cutting edge of art, science, nature and everyday life. She received a Prix Ars Electronica Honorary Mention in 2011 for her project Boskoi and since the same year has been a senior teacher at Koninklijk Conservatorium’s ArtScience Interfaculty and Koninklijke Academie in The Hague.

“My favourite show is Blaas because it’s as light as a feather and at the same time it connects between the deeper levels in ourselves and our surroundings.”

—Cocky on her favourite Schweigman& performance

For a look behind the scenes, tips and the latest news: sign up to the newsletter